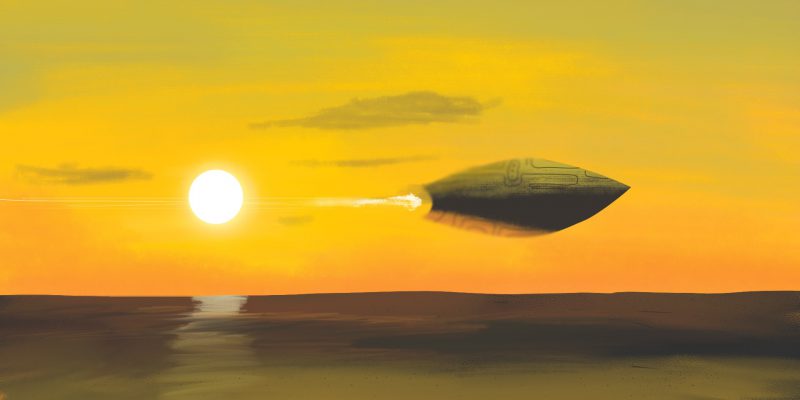 Ancient Aliens’ Season 16, Episode 1 is entitled “The Divine Number”. This divine number is the number 12.

The number 12, the episode informs us, has been considered a number of special significance throughout history. From religion to science, the number 12 has played an important role in so many areas of human culture. A very famous scientist, Michio Kaku, famously stated:

“The universe is a symphony of strings and that music is divided into 12 notes.”

This episode focuses on answering whether the recurrence of the number 12 in science and culture is just a coincidence, or whether it could explain ancient secrets of the universe.

The prodigal scientist, James William Sidis, who graduated from Harvard University at the age of 16, published his book “The Animate and the Inanimate” in 1925. In this book, Sidis worked on the origin of the universe and complex concepts such as dark energy and black holes. The astrophysicists of today have only now started uncovering the theories that were put forward by scientists centuries ago.

Sidis was obsessed with the number 12. One revolutionary idea he championed was a number system in which numbers were divided into dozens instead of the traditional tens. Sidis’s obsession with the number 12 has led many scientists to believe in the importance of this number.

This episode also mentions the 12 very special points around the globe called the “vertices”. These points are special because they hold some of the most mysterious anomalies of the world, which scientists around the world are still trying to understand and make a sense of. A great example is that of the Bermuda Triangle. The Bermuda Triangle is potentially a point of no return. No one has yet definitively deciphered the secret which lies at the heart of this mysterious point in the North Atlantic Ocean.

In short, the number 12 has, time and again, proven to be very useful, and have a lot more meaning than its status as a mere number.

Burkhard Heim, a German scientist, put forward the Unified Field Theory, sometimes called the Heim Theory. This theory attempts to complete the unfinished work of Albert Einstein. Einstein was focused on unifying all the forces existing in nature. Heim, through his theory, introduced the geometrization of space and the 12 dimensions that define the very universe we live in.

Throughout history, there have been numerous indications as to the importance of the number 12. Famous examples include King Arthur’s legendary 12 Knights of the Round Table and the 12 Olympians of Ancient Greek mythology, who were sent to fight against 12 titans. The architecture of the oldest known structures on Earth also whisper of the importance of the number 12.

The number 12 is mentioned in a number of religious books and sacred texts as well. The Bible, for example, mentions the 12 disciples of Jesus. In Islam, the sect of Shia have “Twelvers”, which is a group of 12 Imams who are entrusted to make decisions for the community. Moses, in the book of Joshua, had 12 stones placed after the parting of the Red Sea, and used this new structure for religious ceremonies. In the book of Exodus, Moses erected 12 stones of the shape T at the top of Mount Sinai after receiving the 10 Commandments.

This episode questions whether the recurrence of the number 12 is a mere coincidence, or whether there are extra-terrestrial beings trying to teach us something profound about the universe through this number.

Furthermore, Jeffrey Weeks, along with his team, worked on figuring out the shape of the universe. Through their work, Weeks’ team was able to confirm and put forward the theory that the universe is formed in the shape of a Dodecahedral.

Scientists such as Plato also discussed the divinity of the number 12. Many people believe that Plato had contact with extra-terrestrial species who taught him this secret of the universe.

Another great example of the importance of number 12 can be found in the history of the Sumerian Civilization. The Sumerians were members of the very first modern civilization. They, too, knew the importance of number 12, and used it as a way of counting instead of the traditional 10’s. Where did they learn this unorthodox counting system? Some ancient Sumerian texts seem to suggest that the Sumerians were visited by travelers from the sky- extraterrestrial beings who helped them learn the wonders of the universe. These beings are thought to have had 12 fingers and toes. They even mated with humans, evidence of which can allegedly be found in our very own DNA.

The significance of the number 12 can also be found in recent history. For example, the ‘Majestic 12’ is the name of a supposed secret organization formed under the orders of the American president Henry S. Truman. This organization is said to have been involved in extraterrestrial research. The number 12 has significance here as well, considering the fact that 12 people, including some of the brightest scientists and government officials of their time, were members of this organization.

Another example of the importance of the number 12 is found in Chapter 12 of the book of Revelation. This passage of sacred scripture mentions the unraveling of a new world, or more accurately, a new Jerusalem. This new world had 12 gates, one for each of the tribe of Israel. Many people believe that this new world could also be a mothership crewed by members of some extraterrestrial species. Another very interesting point to take from the book of Revelation is that the word ‘angel’ has been mentioned a total of 12 times.

There are other societies who have also focused on the number 12. For example, the Mayans had a calendar which ended in the year 2012, which led many to believe that our world would end that year. This notion obviously proved to be false. What we did learn from this, is that the end of the Mayan calendar does not necessarily mean the end of life as we know it, but may have been intended to signify the turning over of a new leaf –  a new beginning. This new beginning, some believe, is the age in which we decipher the secrets which our ancestors learned from extraterrestrial beings.

To support this theory, some of cited the 2012 discovery of the Higgs-Boson Particle, famously known as the ‘God particle’ for its importance in particle physics and our entire being.

Another very important discovery that happened in the year 2012 was that of FRB 121 102. This was a burst of light that erupted somewhere far from outer space. What made it so special is that it resurfaced a few years afterwards as well. Some believe that this burst of light constitutes an attempt by extraterrestrial beings to contact us.

Because of String Theory, many physicists now see the universe in terms of strings. Scientists around the world have dedicated their lives to make connections between these strings and the magical number 12.

Essentially, all subatomic particles are made up of strings, which makes the universe a symphony of these strings. This means that the essence of the universe may be a sort of cosmic music resonating throughout the hyperspace that we live in.