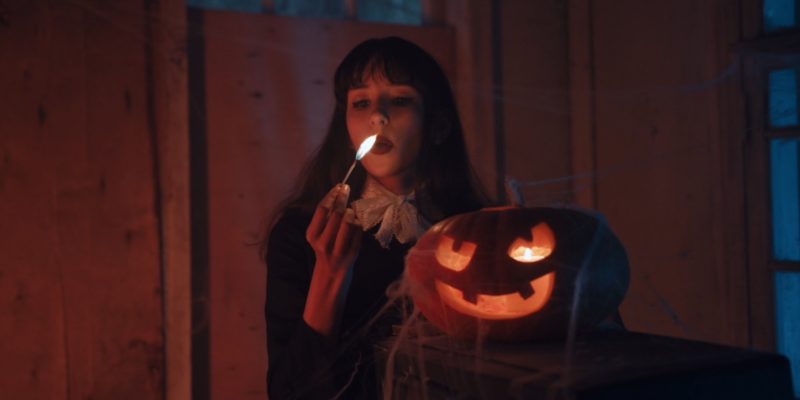 For millennia, lone travellers the world over have returned from their excursions with tales of strange flickering lights they encountered in the wilderness at night. Those who attempted to follow these mysterious nocturnal candles found themselves drawn off the beaten path into wild and hazardous country, only to watch their phantasmal quarry vanish into the darkness, leaving them lost and alone. In the English-speaking world, these phantom lights are perhaps best known by the name wills-o’-the-wisp. Other appellatives include “ignes fatui”– literally “fool fires” in Latin- and jacks-o’-the-lantern.

Different folkloric traditions blame wills-o’-the-wisp on different causal agents. To the Celts of Western Europe and the British Isles, they were the candles of mischievous fairies, who took great pleasure in luring human travellers into hazardous territory. Anglo-Saxon tradition contends that they are lanterns carried by lost souls condemned to wander the earth until Judgement Day as punishment for misdeeds they committed in life.

Since at least the 18th Century, scientists have proposed all manner of theories which purport to provide rational explanations for the will-o’-the-wisp phenomenon. Some scientists, observing that mysterious flickering lights are often reported over wetlands, have suggested that they are the flames of certain gasses which regularly leak from swamps and bogs, which automatically combust when exposed to oxygen. Others have ascribed fool fires to the activity of ball lightning, a globe of what is suspected to be ionized plasma, believed to form very infrequently during thunderstorms. Others still contend that wills-o’-the-wisp are clouds of bioluminescent organisms like foxfire fungi or fireflies.

Although these scientific explanations doubtless account for many sightings of mysterious lights in the wilderness, they cannot explain ignes fatui which regularly appear in locations devoid of both wetlands and bioluminescent organisms. One such fool fire which defies rational explanation once appeared with casual frequency in a forest in southern Indiana, outside a rural homestead. A detailed description of this will-o’-the-wisp appeared in an article in the February 1953 issue of the magazine Fate, written by Mrs. Carrie E. Sackriter of Meadow Vista, California.

Mrs. Sackriter began her story by describing how her paternal grandparents once owned the aforementioned homestead in southern Indiana. When her father married her mother, who was then very young, and hailed from a different part of the country, he took her home to live with him and his parents on the homestead. Desperate to get out from under the noses of her in-laws and make a home of her own, Mrs. Sackriter’s mother begged her husband to clean out an old log shack on the property, which was employed as a toolshed, so that she could convert it into their own tiny home. Her husband did as requested, and in no time Mrs. Sackriter’s mother transformed the one-room log hut into a cozy cottage.

“No mansion could ever outshine the old log house in Mother’s eyes,” Mrs. Sackriter wrote. “It was hers and hers alone. Who had built the house- its history- I do not know.” For many years, this log cabin served as her family’s home. Mrs. Sackriter herself was even born inside the cabin in 1889.

About a quarter mile from the cabin, an old rail fence ran along the border of the property, extending from the edge of a nearby forest to another fence which ran along the edge of the highway. A gate in the fence lay in line with the cabin’s front door.

“Occasionally, but at no particular time,” Mrs. Sackriter wrote, “a light would appear from the direction of the woods, follow the fence to the highway fence, turn and follow that to our front gate, then disappeared.

“It seems it had done that for many years. No one was afraid or alarmed. No one had ever seen it start. It was always in progress when [someone] would call: ‘There’s the light.’ They would watch it and wonder. Nothing could ever be found to explain it. It traveled about as fast as a man could walk, with the movement of a torch carried over his shoulder.

“Some may say it was a will-o’-the wisp, caused by dampness- or whatever causes will-o’-the wisps. But this was along a plowed field and why did it always follow the fence? Why did it never once return after the old house was torn down? If it had been a will-o’-the wisp, fox-fire or anything of the sort, tearing the house down would not have stopped it. To date I’ve never heard an explanation of “the light”.