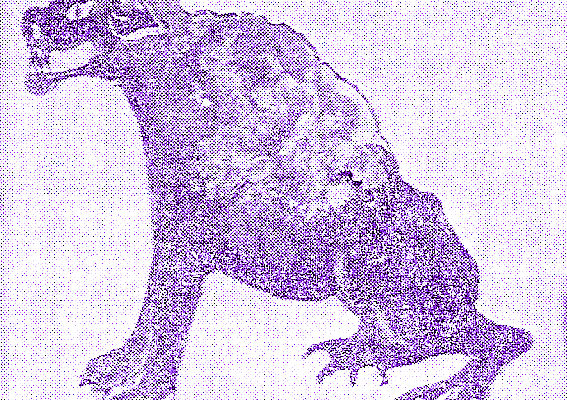 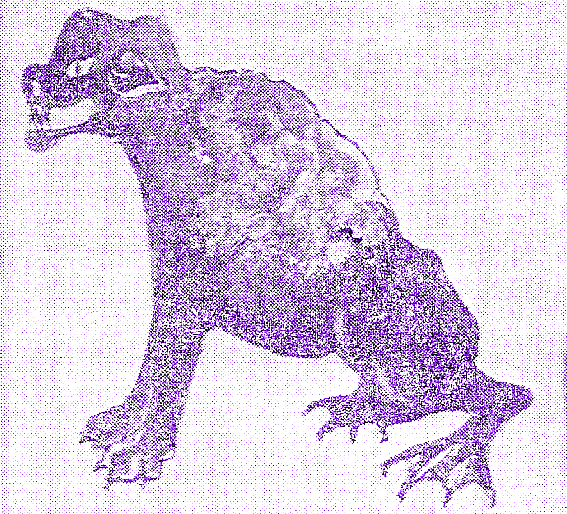 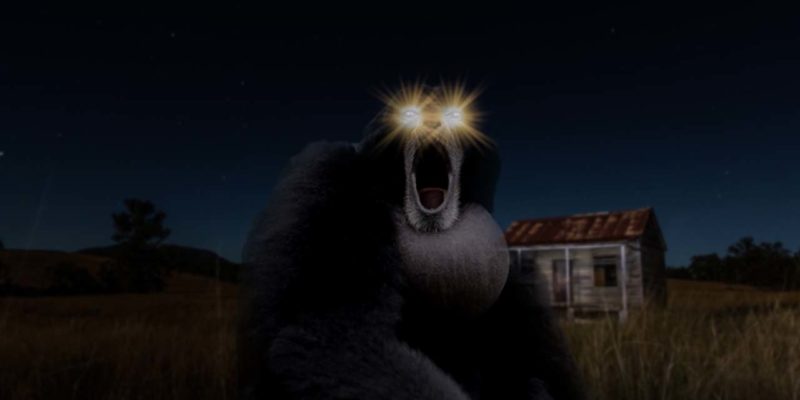 I’m Hammerson Peters, a writer, carver, and fiddler from Western Canada perhaps best known for my 2018 book Legends of the Nahanni Valley and my personal YouTube channel. If you’ve followed my work, you may recall that much of my material comes from the archives of my friend and mentor, Mr. Gary Mangiacopra, an American researcher who owns what I believe must be one of the largest collections of Forteana in the world, Fortean being the study of unexplained phenomena. Over the years, Mr. Mangiacopra has provided me with reams of rare old magazine and newspaper articles from his personal archive, which have assisted me tremendously with my work.

Although the subject of my writing has generally gravitated towards Canadian folklore, Mr. Mangiacopra has sent me many interesting stories on unexplained phenomena reported in the United States and other parts of the world. As such stories are not entirely consistent with the prevailing theme of my regular work, I have decided to talk about them here, on this channel.

Several of these stories deal with a rash of mysterious events which took place in the United States in the year 1973. Perhaps the best introduction to this spate of unusual happenings is an article in the November 1973 issue of a newsletter written by the late Fortean expert John A. Keel, entitled “1973 – A Great Fortean Year”.

“Everything is happening at once!” the article began. “A major UFO flap began in February and is still continuing. Monsters and A.S.S. (Abominable Swamp Slobs) have appeared in Pottstown, Pa. and Enfield Ill. The Enfield critter had three legs, which figures since the chief witness was a crippled war veteran named McDaniel.”

The “Enfield critter” to which Keel referred was but one of a series of similar-looking animals to be spotted throughout the Midwestern United States throughout the 20th Century, which John Keel, Loren Coleman, and other cryptozoologists have dubbed the ‘Devil Monkey’. Another of Mr. Mangiacopra’s articles, written by an unnamed staff writer and published in the June 12th, 1973 issue of Washington, D.C.’s Star-News, deals with that very critter. The article describes how 25-year-old Loren Coleman, then an anthropology and zoology student at the University of Illinois Urbana-Champaign, intended to investigate sightings of an ape-like creature alleged to have taken place in Enfield, Illinois, in late April and early May of that year. “Coleman,” the article contends, “who has said he has been collecting data on such sightings for 10 years, said he believes the creature may be a type of anthropoid ape.”

One sighting of the so-called ‘Enfield monster’ was reported by one Rick Rainbow, whom the article described as “a news director at radio station WWKI, Kokomo, Ind.” While working with three companions on some undisclosed project in a rural area about a half mile north of Enfield, Rainbow allegedly recorded strange elephant-like animal calls on an audio recorder. Coleman, who listened to the tape, likened the sound to one of the calls made by the siamang, a black-furred gibbon native to the jungles of Southeast Asia.

The strange calls were allegedly made by a monkey-like creature which Rainbow and his companions found skulking in an abandoned barn north of town. The men described the creature as standing 5 to 5.5 feet in height, and being grey-black in colour. When it learned that it had been spotted, the animal uttered a screech and fled.

Rainbow and company were not the first to witness the monster of Enfield, Illinois. At about 9:30 p.m. on the night of April 25th, 1973, a disabled soldier named Henry McDaniel- the “crippled war veteran” to which Keel referred- suffered an unusual experience, which Coleman detailed in his 1983 book Mysterious America. That night, McDaniel and his wife returned to their home in the northwestern part of town to find their children, Henry and Lil, in a panic, claiming that some animal had been scratching at the front door. Seizing a flashlight and a .22 pistol, McDaniel headed back outside and found an unusual creature lurking in the shadows of his property. “It had three legs on it,” Coleman quoted the veteran as having said, “a short body, two little short arms, and two pinks eyes as big as flashlights. It stood four-and-a-half feet tall and was grayish-colored.” McDaniel fired at the animal, and was sure his bullet hits its mark. The creature let out a hiss, which the veteran likened to that of a wildcat, and fled into the darkness.

Another article in Mr. Mangiacopra’s archive, written by one Toni House, which appears to be from the same issue of the Star-News, describes another strange creature spotted in Carroll County, Maryland, which local residents referred to as a “snallygaster”. “Whatever it is,” House wrote, “the residents of Sykesville near the Howard County line, are plenty upset about a creature a number of them have described as between 7 and 10 feet tall, thin of build with long graying-brown hair and big, big feet…

“Snallygaster,” the article explains, “is defined by Webster’s Third New International Dictionary as a ‘mythical, nocturnal creature, half-bird and half-reptile, chiefly reported in rural Maryland, which preys on children and poultry.’

“As a further clue to the monster’s origins, the snallygaster, the dictionary says, is a corruption of the German term ‘schnelle geeschter,’ meaning ‘quick spirits’ – not too surprising for a country [bordering] on Pennsylvania Dutch country and also settled by Germans.”

The article goes on to describe how sightings of such creatures were reported regularly in the 1930s, the subject often being described as a hairy animal with a big bushy tail and black hair, which stood about six feet tall, and left tracks measuring 13.5 inches long and nearly 6 inches wide.

Sightings of snallygasters and Devil Monkeys were not the only strange reports to grace the pages of 1973 newspapers. According to Keel, well-financed and well-equipped expeditions had been launched in America’s Pacific Northwest in search of the Sasquatch; in Scotland’s Loch Ness, in search of its famous elusive denizen; in the waters of the Atlantic in search of the mysteries of the Bermuda Triangle and evidence of the lost city of Atlantis, respectively; and in caves at the edge of the White Sands Missile Range in the deserts of New Mexico, in search of a legendary Aztec treasure.

“Finally,” Keel concluded, “the sun has been misbehaving this year. Unusual magnetic conditions prevail, probably accounting for some of the strange things that have been happening. Both the U.S. and U.S.S.R. have quietly sent a number of rocket probes to the sun to find out if it is planning to blow up on us this year. If not, there is a major comet which will bypass Earth this December and put on a sky spectacular. Maybe even kill us all. It’s going to be a great year.”

One final collection of articles from Mr. Mangiacopra’s archives describe a spate of mysterious disappearances to take place in both Southern Illinois and southern Missouri in 1973, the former not far from sightings of the Enfield monster. Ranches throughout the area reported that dozens of their cattle had inexplicably vanished. Many victims blamed the disappearances on a mysterious unmarked U.S. Army transport helicopter which had been seen hovering in the area, theorizing that those aboard the craft shot their animals with tranquilizers, hooked them up to cables, and hoisted them aboard. A farmer from Balcom, Illinois, named Edwin Peters allegedly saw the helicopter hovering over his cattle herd. His wife described the craft as being very quiet, and suspected that its engine was muffled by some device. Mr. Peters seized his shotgun and fired two warning shots above the helicopter. When some of his buckshot unintentionally fell on the craft, taking out one of its lights, the suspected cattle rustlers beat a hasty retreat across the prairie sky.

Other strange events of 1973 alluded to in Mr. Mangiacopra’s archives include the apparent theft of a barn in Utah, the apparent theft of an entire house in Neehah, Wisconsin, and the falling of mysterious light brown snow with red hues in northeastern Bulgaria, which meteorologists were at a loss to explain.